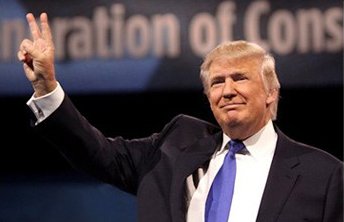 Will TrumpCare trump the need for PEO’s?

Still have questions on this topic?

Donald Trump has been saying from Day One of his campaign that if he is elected President, one of his first acts will be to repeal ObamaCare.  Combined with Trump’s hard stance on immigration, a staple of Trump’s campaign platform which can affect some business’ hiring policies, business owners are left to wonder how the new administration will affect their HR, insurance coverage and benefit packages. After Trump’s shocking (shocking to Hillary staunch supporters, at least) win, experts are not so surprised to hear that Trump doesn’t plan to repeal the Affordable Care Act (ACA) in its entirety. Trump stated to The Wall Street Journal that he would consider keeping two of [ACA’s] most popular provisions, hinting that a complete repeal and replace is not in the future plans.

In all honesty, repealing Obamacare is not as simple as Trump’s platform had suggested. As a report released by PricewaterHouse Coopers last week stated, “The White House is just one part of a much larger machine. To really put his stamp on health policy, Trump must work with a patchwork of federal lawmakers, regulatory agencies, trade and advocacy groups and the Supreme Court.”  In other words, change to the Affordable Care Act are going to be long and slow in coming.  In addition to the holdup that will occur with Trump needing to work with these various institutions, his administration will definitely balk at the political ramifications of leaving over 20 million people suddenly without coverage. Without a viable replacement proposal that can lower the number of Americans left without coverage, repealing ObamaCare is in no way going to be as instantaneous as Trump’s campaign rhetoric indicated.

In fact, as the Obama administration was quick to report via Twitter the day immediately following Trump’s election, many Americans are still enrolling on The Exchange.:

While an entire repeal and replace is not in the immediate works, the Republican administration can deliver on Trump’s campaign promises through several smaller changes, which may include, but are not limited to:

But Jost also has a word of warning for those Americans and business owners who feel that Trump’s win means an end to the troubles ObamaCare has caused, stating, “Frankly, everything that has gone wrong with the health care system for the past six years has been blamed on ObamaCare,” Jost says. “Everything that goes wrong with the health care system for the next four years will be blamed on TrumpCare. People who think we can just repeal Obamacare and everything will be great are in for a very, very, very rude surprise.”

So whether the Trump administration delivers on overall change (repeal & replace, which isn’t looking very likely) or implements smaller changes (meaning we won’t be seeing the end of ObamaCare just yet), businesses will need to be able to navigate the complicated health insurance regulations that can affect them. And despite how Trump will fulfill his campaign promise (which still remains to be seen), the fact remains that every new administration brings with it change that impacts both employer and employees. Having the resources, strength & security that a PEO provides behind your company’s insurance & benefit packages, can help your company weather whatever change Trump’s administration does end up implementing.

Furthermore, using an independent PEO consultant during these times of healthcare and policy uncertainty, can ensure minimal upheaval with whatever changes may be coming down the pipeline. As the Trump administration unfolds their plan for a “better” health care system, a PEO consultant stays up to date with the changes and new regulations so that they can ensure that their clients’ PEOs are still working for them regardless of the new political climate.